ANDRE THE HILARIOUS HYPNOTIST is back in town at The Studio Theatre at Pieter Toerien’s Montecasino Theatre until 19 March, wreaking all sorts of havoc with unsuspecting (although willing) members of the public.

His easy-going, friendly personality and unprepossessing stage presence do not at first inspire you to believe that this man might have incredible powers of persuasion; the sort of influence that could convince someone that they are a cannibal and can speak only in cannibalise or make someone else completely forget their names or believe a visible person is invisible. 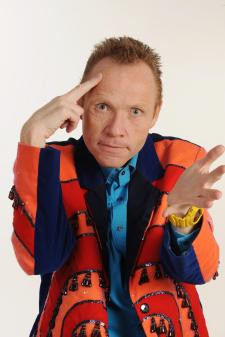 However, five minutes later once he has a group of volunteers on stage who instantly nod off into a somnambulant state whenever he says the word “Sleep”, you realise that this man really knows something about the art of hypnosis. And, when you’re convinced that at least one of his volunteers must be a set-up, Andre performs a pretty nifty test on the hapless hypnotees that makes you think otherwise.

ANDRE THE HILARIOUS HYPNOTIST doesn’t try to fool the audience into thinking he’s a special being with magical powers. He explains everything as he goes along and within minutes he has the entire audience in stitches of laughter as he creates his own form of hypnotic humour.

For close on two hours, Andre gives you a hilarious demonstration of just how easy it is to confuse the brain, at the same time his volunteers become the stars of the show without even knowing it.

This show is great fun and suitable for all ages.

ANDRE THE HILARIOUS HYPNOTIST is now showing at the Studio Theatre at Pieter Toerien’s Montecasino Theatre from Wednesdays – Fridays at 8pm, Saturdays at 5pm and 8pm and Sundays at 3pm. The season runs until 19 March. Tickets are just R120 and bookings are at Computicket.