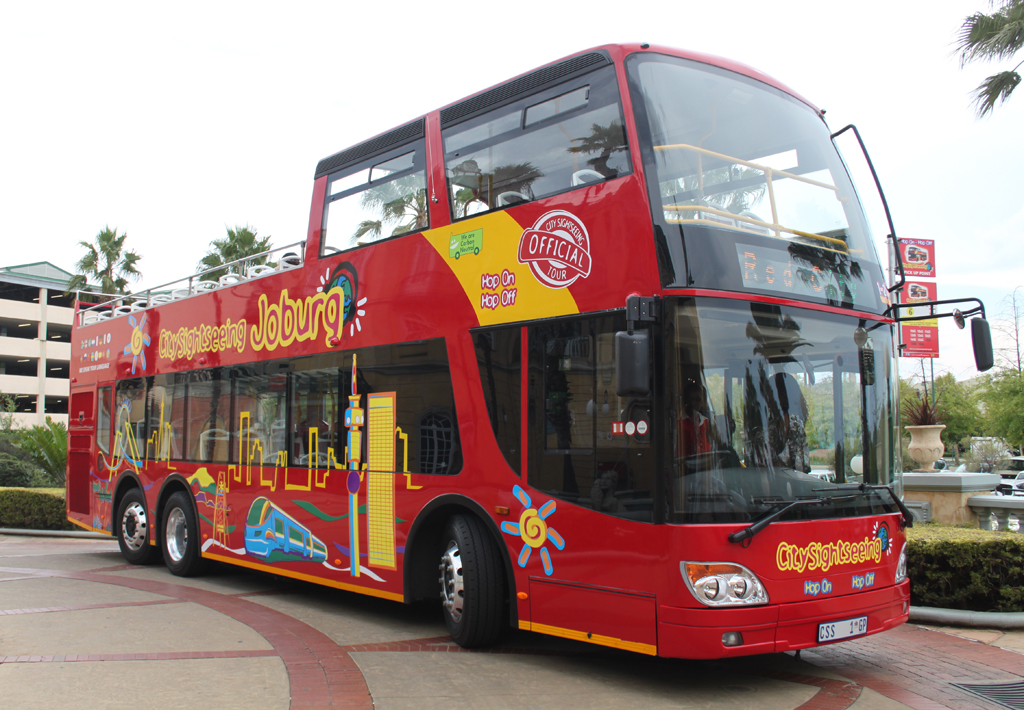 Not everyone joins the mass exodus out of Joburg in December. Some of us stay put. It’s actually quite delightful. The roads are a pleasure, that’s for sure! But everyone bemoans the fact that there’s nothing to do. Well actually there is, but in typical Joburg style we tend to hover within our 5km radius, visiting the same boring malls and drinking cappucino’s from the same coffee shops. It’s time to take a holiday, even if you’re not going away. We’re going to be tourists … at home! 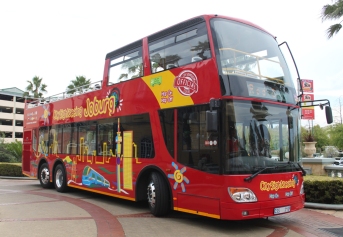 ‘Red Bus’. Operated by City Sightseeing South Africa, it runs on a ‘hop on-hop off’ system and operates 24/7 come rain or shine. You get on at a particular starting point, or at any point you choose en-route, and get on and off at your leisure, giving yourself enough time to ‘sightsee’ at each destination. It’s more cost-effective to purchase your tickets online and there are different options available. Here’s some of what you’ll see along the way.  Although these are some of the stops on the Red Bus tour, you can obviously also visit them at your own leisure. For many of our kids though, travelling by bus is somewhat of a novelty, so consider the tour as an option (although remember they might not want to spend as much time at some of the stops as you might want to). 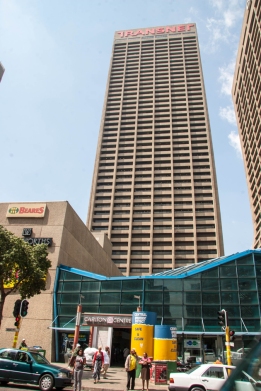 away my age). Well, did you know that it stands 50 storeys high and is still the tallest building in Africa, with some of the most spectacular views over our city? In a south-westerly direction you can see the FNB Stadium (Soccer City), and immediately west if you look down, is Gandhi Square. To the north you can see the Braamfontein and Hillbrow skylines and beyond these, the leafy northern suburbs. Looking out from the midst of all those buildings, it’s hard to believe that Joburg is considered one of the biggest man-made forests in the world, with about 7-million trees!

The Carlton isn’t just about high-rise views though. A huge ground-level and underground shopping centre thrives underneath the office tower. Here you’ll find an abundance of shops in a vibrant shopping centre, 46% of which is underground!

On weekends, the Carlton Centre serves as a connection to the MABO’go shuttle to Maboneng Precinct , one of the city’s leading regeneration movements where you can find some of Johannesburg’s leading fashion and design stores, art galleries, restaurants and entertainment spaces. Maboneng offers several one-of-a-kind experiences, including the popular Market on Main every Sunday.

The James Hall Museum of Transport  based in La Rochelle is the largest transport museum in South Africa! I must admit, I’d never even heard of it! In conjunction with the City Council, the late James Hall founded the museum in 1964. He was a car enthusiast with a special interest in vintage models. The oldest motorcar on display is a 1900 Clement Panhard. Up until 2012, his son Peter was head of the museum. Peter honoured his father’s legacy by collecting and preserving vintage cars. The museum houses a collection of over 2500 items and appeals to a cross section of society, from school children learning about the history of transportation to enthusiasts from both South Africa and overseas.

The Newtown Precinct is the hub of Joburg’s Arts and Cultural world. Here, you can visit the SAB World of Beer , which is now open 7 days a week.  The World of Beer was born in 1995, during the country’s first full year as a democracy, when SAB celebrated a century of brewing mastery. To commemorate this milestone, the company opened what was then known as the Centenary Centre, a museum designed to showcase the history of South African beer. It was one of the first major investments made in the Newtown Cultural Precinct, which ultimately paved the way for the incredible future development in the area. 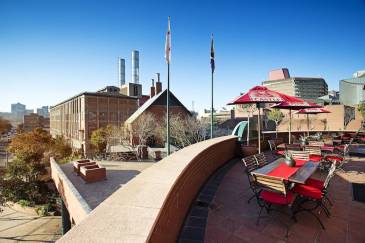 Today, the SAB World of Beer includes a tour that has been developed and perfected to give visitors insight into the history and culture of beer: from its ancient origins, to its African heritage, its European ancestry, and its role in South Africa’s story, past, present and future. Detailed information on the brewing process is also provided, and you’re encouraged to sample raw barley and hops (i.e. what beer is before you get to buy it in the store and drink it cold from the fridge) and to ask questions along the way.

After the tour, you are invited to a beer tasting, in order to understand and appreciate the subtle flavours of everything you have learnt. Alternatively, you can relax in the Tap Room, taking in the gorgeous panoramic views of Newtown as you enjoy two complimentary local SABMiller beers and delicious pub lunches.

Staying in the Newtown area, the Sci-Bono Discovery Centre is perfect for 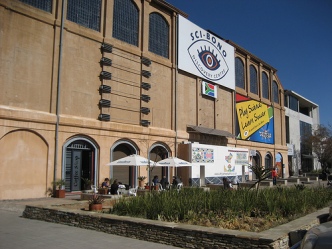 kids of all ages. This interactive Science museum is unmissable. There are various exhibits and programs on for the holiday period so it’s best to take a look at their website or contact them for more info.  They’re open 7 days a week from 9h00 – 17h00 and on weekends from 09h30 – 16h30. They’re closed on Christmas and Good Friday. Cost is R25 for kids (aged 3 – 16), pensioners and students (with valid cards), and R40 for adults.

Overlooking the Newtown Park is the Workers Museum, one of the last surviving examples of municipal compounds for black male workers. The compound was built in 1913 to house migrant workers who came to Johannesburg from all over South Africa, hoping for a better future, leaving their families behind, to work on the mines and in towns and factories. Inside the compound, conditions were harsh; there was no privacy and the Compound Manager had total control over their lives. There was a stark difference between the housing of the white skilled labourers and the black domestic workers.

Today, the compound and the houses stand as a heartrending reminder of the migrant labour system.

Take a walk across Mary Fitzgerald Square, the heart of the Newtown Precinct; a fitting dedication to a woman who was Joburg’s first female city councillor, elected in 1915. She was also a union leader who fought for better working conditions in the early-day mines.

Overlooking the square is the imposing facade of Museum Africa, originally known as the Africana Museum. This free-of-charge museum displays an impressive 850 000 (approximately) objects (there are actually many more housed in the archives), including significant collections of paintings, manuscripts, African cultural artefacts, Cape silver, ceramics, furniture, photography, costumes and explorer maps among various other things!

There’s also the Bensusan Museum of Photography that provides fascinating insight into the development of photographic technology. I can personally vouch for the fact that this is a really fascinating place! 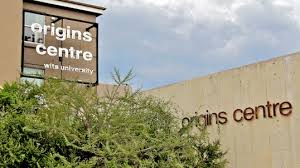 Let’s leave Newtown and move on … to the Wits Campus, or more formally, the University of the Witwatersrand. Although more recently infamous as the site of student protests, it’s actually also famous for its word-class museum: The Origins Centre. The Centre is dedicated to exploring and celebrating the history of modern humankind, telling the story of the emergence of human beings and humanity in Southern Africa.

This university’s archaeology department is also world-famous for some of the most important hominid fossil discoveries in an area north of Johannesburg known as the Cradle of Humankind, a UNESCO World Heritage Site. Apart from being of general interest, if you’re planning on visiting Maropeng or the Sterkfontein Caves at the Cradle of Humankind then a visit to the Centre here first is a must.

The Wits Art Museum (WAM) is on the corner of Jorrisen and Bertha streets with its main entrance in Braamfontein, rather than on the

campus. WAM’s architectural spaces are awe-inspiring. Add to this its sizable art collection and it is clear why you should make time to visit this Jozi attraction. There’s a great coffee shop in the foyer too, which you could use as a convenient lunch stop during your hop-on, hop-of exploration of Jozi.

WAM has more than 9 000 pieces of art in its collection all of which are not on display simultaneously, which gives you the excuse to visit on different occasions. Be aware that the museum is only open from Wednesdays to Sundays from 10h00 – 16h00. 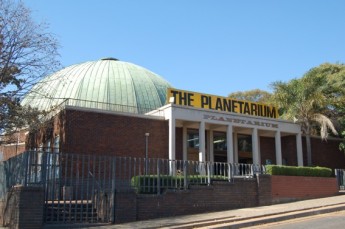 being a well-loved landmark in the area. Again, I’m probably giving away my age if I tell you of my fond memories of school trips spent gazing up at the darkened, star-clustered interior of this enthralling auditorium is where you can learn about the elliptical movements of the planets. I always loved it here. There was just something so mysterious about getting lost in that night sky, and when the lights came up at the end of a show I was always sad that it was over! Take your kids and re-live some nostalgia!

In my next post, I’ll take you on a trip through some of the sights of Soweto. If you haven’t taken a day trip there, it’s an absolute must! Especially if you live right here in Jozi.

IT’S NOT JUST FOR TOURISTS!